What is safe sex?

Having sex with only one partner
who only has sex with you when neither of you has a sexually transmitted infection
(STI)
is believed to be safe. But, many healthcare professionals believe there really is
no
such thing as safe sex. They believe the only way to be truly safe is not to have
sex.
All forms of sexual contact carry some risk.

For example, kissing is thought to
be a safe activity. But herpes, and other diseases can be spread this way. 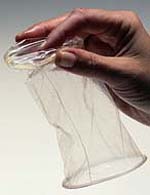 Limit your sexual activity to only one partner who is having sex only with you to
reduce exposure to disease-causing organisms. Follow these guidelines, which may provide
for safer sex: